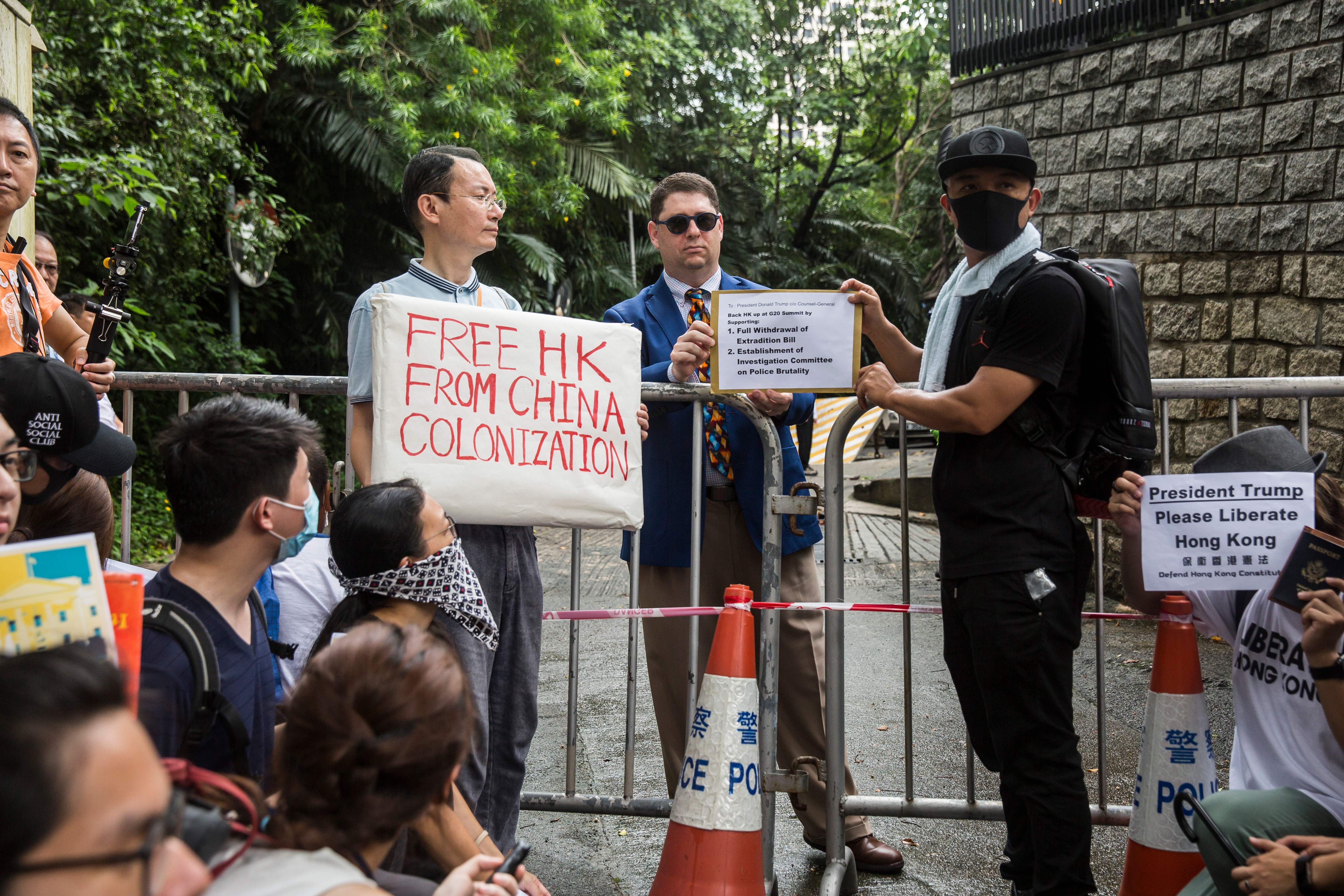 A protester (centre R) hands a petition to a representative (C) of the US Consulate asking for support to oppose a proposed law that would allow extraditions to the Chinese mainland, outside the consulate in Hong Kong on June 26, 2019. – Protesters marched to multiple embassies in Hong Kong on June 26, seeking support to oppose the attempted extradition law which has seen the semi-autonomous city shaken by huge demonstrations this month. (Photo by ISAAC LAWRENCE / AFP) (Photo credit should read ISAAC LAWRENCE/AFP/Getty Images)