"Moon Jae-in regime is a force to destroy Liberal Democracy!"

- Moon Jae-In is a dangerous military commander in chief!! - 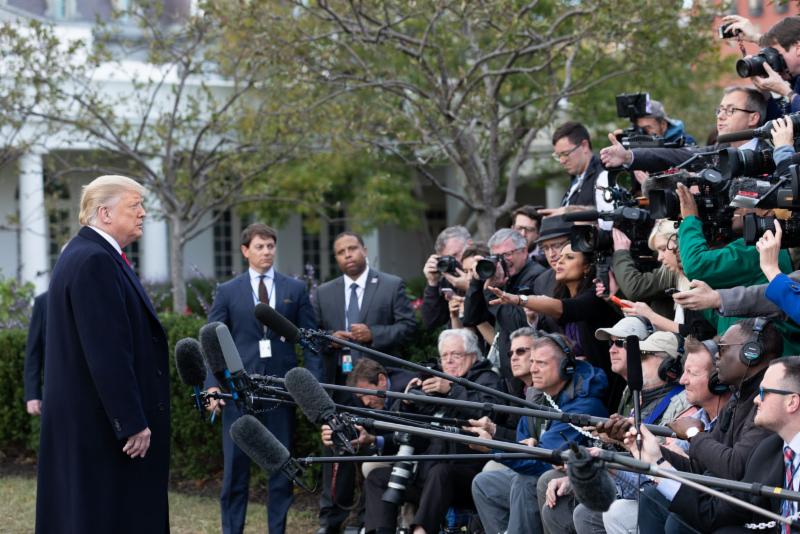 @ President Trump speaks to the White House Press on the South Lawn of the White House, 5-24-2019.
prior to boarding Marine One to begin his trip to japan.

Before Departure for a state visit to Japan on July 24, President Trump spokes with the White House press reporters for 10 minutes prior to boarding Marine one at the South lawn of the White House.
Presient Trump said he would order 1,500 U.S. troops in the Middle East.

Q: Why order troops to the Middle East, Mr. President?

President Trump: We're going to send a relatively small number of troops, mostly protective. And some very talented people are going to the Middle East right now, and we'll see how -and we'll see what happens.

Pres. Trump said he sent U.S. troops for defense purposes. The U.S. military will carry out its duties until the large and small impulses in the 14 Middle East regions are eased.

Trump said Iran does not want to fight the United States. But he warned that if Iran had any provocation to the U.S. military, then it would have to be prepared.

Strategic assets are being sent to the Korean peninsula now.
It is an uncommon climate.

The U.S. has already planned a 'Win Win" strategy. Even if U.S. fight at two places at the same time,
It has a strategic goal of winning.

Even if the United States is focusing on Iran, if Kim Jung-un misjudges and tries to provoke South Korea or the U.S., then Kim Jong-un of North Korea will be the last day. 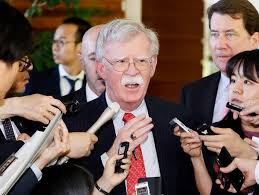 @ Jhon Bolton, the National Security Adviser, spoke to reporters in Tokyo,Japan on saturday 5-25-2019.

John Bolton, White House National Security Adviser, told reporters during a visit to Japan on Saturday(25th) that "the North Korea tests this month clearly violated UN Security Council Resolutions. "the missile launched by North Korea is a short-range ballistic missile and is a violation of the UN Security Council resolution." And going further than president Trump in characterizing the tests of short-range ballistic missiles.

The United States certainly points to North Korea's ballistic missile launch. But South Korean government still said it was a 'projectile', but it did not prove what the projectile was. It still remains a mystery.

The U.S.- Japan alliance is becoming more and more grueling, and the ROK - U.S. alliance has many differences.
Diplomatic disasters exist everywhere. 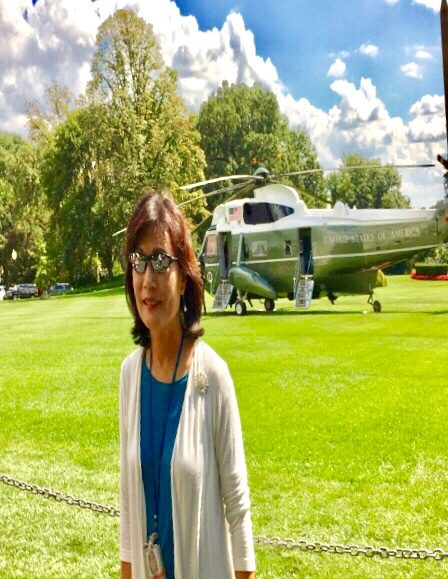 @ at the South Lawn of the White House- (Janne Pak).

The S. Korean government, Moon Jae - in regime, has a socialist system that disguises democracy.
Moon Jae-in does not know the basics of democracy.
In any country in the world, democracy-oriented countries value freedom and human rights.

Moon Jae - in is breaking down the liberal democratic market economy system and following the communist dictatorship system like Kim Jung-un regime. For years, Moon Jae - in succeeded in deceiving the people and taking over the regime under the name democracy protest.

In the meantime, he was imprisoned for indiscriminate crimes against former bureaucrats who served in the former government in the name of "liquidation of abstraction( Jeogpye cheongsan)".

Moon Jae-in should be the first to punish Kim Jong-un, the offender who caused 6.25 war. However, Moon Jae-in gives unlimited generosity to Kim Jong-un. Kim threatened the S. Korean people with nuclear and missile threats and threatened to make our ally, the United States, into fire.

In order to denuclearize North Korea, South Korea, as a party, is dealing with it as a nation. What country is Moon Jae-In represented? There are now two chairpersons in South Korea. They are oriented toward socialism.

Kim Jong-un and Moon Jae In are heading for the same place. Their goal is not to achieve peaceful unification but to North Korea-style reunification and to the "unification of the federation."

Moon Jae-in, who calls for "peaceful reunification" by deceiving allies and ally of the Korean people, must stop at once.
The North Korean - style socialist regime of the Moon Jae - in regime is a garment that does not fit the Korean people anyway.

Mun Jae-in can not even say that North Korea has recently launched a missiles. Moon Jae-in does not tell Kim Jong -un's fault to justify going with Kim Jung-un.

The Moon Jae-in regime can not help but think that it is a force that destroys liberal democracy and our ally, the United States.